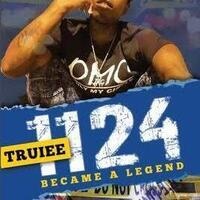 India Epps shares the story of the murder of her 22 year old son, Tionne Jones, a Baltimore rap artist. During her grieving process, Epps has hosted peaceful rallies bringing awareness to the senseless murders occurring in Baltimore. The rallies are not only about her son, but also for other Baltimore mothers who have lost children to gun violence over the years with who she has bonded. Her story is one of loss, overwhelming grief, resilience and a mother's will to make her voice heard and bring about positive change in the city.

Copies of Epps book, 1124: Truiee Bacame a LeGend, will be available for purchase after the event.