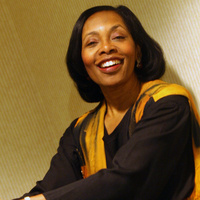 In November 2023, the National Association of Black Storytellers hosts their annual conference in Baltimore. Through their Adopt-a-Teller program, the Pratt Library will host storytellers from around the nation to share a wealth of stories that celebrate African-centered traditions from around the world. These programs are sponsored by the National Endowment of the Arts and the Nora Roberts Foundation.

Toni Simmons, author and storyteller, graduated from Fisk University, where she majored in speech and drama. After receiving a Master’s degree in Library Science, she began working as a children’s librarian combining her knowledge of children’s literature and creative drama in storytelling sessions. She continued this activity while working for public libraries in Miami, Florida, Des Moines, Iowa, Minneapolis, Minnesota, and Cedar Hill, Texas. As a professional storyteller, she brings new life to the stories she tells; with the use of rhythms, songs, and audience participation, she draws listeners in and places them in the story. Her work appeals to audiences of all ages, young and old, and includes a wide variety of literature from different cultures.

Toni has conducted storytelling, creative dramatic and movement workshops in schools, community centers, and theaters, and has worked with teachers helping them to incorporate the arts into their curricula. Toni served as a Storyteller in Residence for the Ouachita Parish and Monroe City Schools in Northeast Louisiana and taught drama at The Hockaday School in Dallas, Texas.

Toni was designated as a National Endowment for the Arts American Masterpiece touring artist. She is also a Texas Commission on the Arts Touring Artist. She has appeared on the Good Morning Texas TV show, at the Texas Library Association Convention, the American Library Association Convention in New Orleans, LA, and at the Exchange Place of the International Storytelling Festival. Her talents have reached audiences in schools, museums, theaters, and libraries across the US, and in Jonesborough, TN.