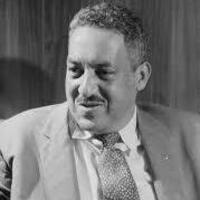 Baltimore’s airport is named after Civil Rights giant Thurgood Marshall, and plaques in Fell’s Point show where Frederick Douglass took his stand against slavery and for equality. In addition to these well-known leaders, dozens of other Baltimoreans committed themselves to struggle for Civil Rights and helped shape The Movement locally and nationally. Reverend Harvey Johnson worked from Union Baptist Church on Druid Hill Avenue to create some of the first Civil Rights organizations in the country as early as the 1880s. Lillie Carroll Jackson, who headed Baltimore’s branch of the NAACP for 50 years, pioneered non-violent protest tactics that engaged young people. Clarence Mitchell led the NAACPs efforts to pass ground-breaking Civil Rights legislation in Congress in the 1960s. Baltimore Heritage has spent three years documenting Baltimore’s Civil Rights legacy for listing on the National Register of Historic Places. Join the organization’s executive director, Mr. Johns Hopkins, to learn more of how Baltimore has shaped the Civil Rights Movement for over 100 years.