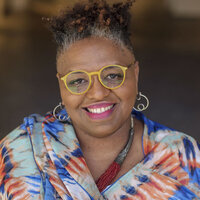 At once tragic and hopeful, The Birds of Opulence is a story about another time, rendered for our own. The Goode-Brown family, led by matriarch and pillar of the community Minnie Mae, is plagued by old secrets and embarrassment over mental illness and illegitimacy. Meanwhile, single mother Francine Clark is haunted by her dead, lightning-struck husband and forced to fight against both the moral judgment of the community and her own rebellious daughter, Mona. The residents of Opulence struggle with vexing relationships to the land, to one another, and to their own sexuality. As the members of the youngest generation watch their mothers and grandmothers pass away, they live with the fear of going mad themselves and must fight to survive.

Crystal Wilkinson is the award-winning author of The Birds of Opulence (winner of the 2016 Ernest J. Gaines Prize for Literary Excellence), Water Street and Blackberries, Blackberries. Nominated for both the Orange Prize and the Hurston/Wright Legacy Award, she has received recognition from The Kentucky Foundation for Women, The Kentucky Arts Council, The Mary Anderson Center for the Arts, The Fine Arts Work Center in Provincetown and is a recipient of the Chaffin Award for Appalachian Literature. She currently teaches at the University of Kentucky where she is Associate Professor of English in the MFA in Creative Writing Program. She had her partner, poet and artist Ron Davis, own Wild Fig Books & Coffee which is located in the North Limestone neighborhood in Lexington.

Crystal was amazing!!! She read to us, and shared behind the writing details of her story!