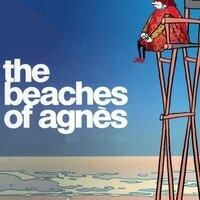 Film Fridays with Tom and Gillian provides a virtual community space facilitated by Enoch Pratt librarians to gather and discuss chosen films. All the titles we are showing will be available from Kanopy,  which patrons can access using their Enoch Pratt library card. We will announce each week’s films the week before and patrons can tune in to the virtual meeting on Fridays at 2pm to engage in the discussion.

The Films of Agnes Varda
Today, we reflect on the work of pioneering French filmmaker Agnes Varda who died last year at the age of 90. We’ll be viewing and discussing two films from opposite ends of her very prolific career. Varda was perhaps the most prominent female film director during the French New Wave, and she was married to another member of the scene, Jacques Demy (Umbrellas of Cherbourg, The Young Girls of Rochefort). Her collection of work is vast, but it focused on the experience of women and challenged what the French canon could be.