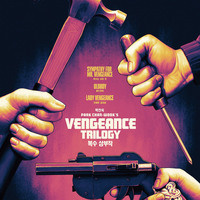 Film Fridays with Tom and Gillian provides a virtual community space facilitated by Enoch Pratt librarians to gather and discuss chosen films. All the titles we are showing will be available from Kanopy,  which patrons can access using their Enoch Pratt library card. We will announce each week’s films the week before and patrons can tune in to the virtual meeting on Fridays at 2pm to engage in the discussion.

While he may not have Parasite director Bong Joon-ho’s Oscar, Park Chan-wook is arguably South Korea’s most famous film director, known nationally and internationally for his 2002-2005 “Vengeance” trilogy — Sympathy for Mr. Vengeance, Oldboy and Lady Vengeance — films that helped bring Korean cinema to the world stage even as they established Park as a fearless investigator of the violence in people’s hearts. Quentin Tarantino counts him as one of his favorite filmmakers, and Spike Lee so admired Oldboy, Park’s international breakout hit, that he remade it in 2013. These three films give proof to Bong Joon-ho’s promise that, "Once you overcome the 1-inch-tall barrier of subtitles, you will be introduced to so many more amazing films."  Click here to see the “Vengeance Trilogy” trailer.