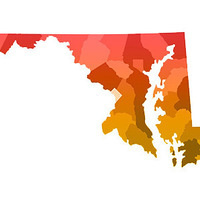 Among the list of prominent African American abolitionists, social reformers, and civil rights advocates are several figures with deep Maryland roots. Join us as we discuss the lives and accomplishments of Frederick Douglass—an accomplished writer and diplomat in addition to his notable work as an abolitionist; Harriet Tubman—who not only led scores of slaves to freedom using the Underground Railroad but served as a spy and a nurse during the Civil War; and Francis Harper—a free black suffragist, poet, and committed abolitionist. Discover the lesser known stories behind these inspirational freedom fighters and gain an appreciation for the legacy of resistance and progressive reform they left behind.