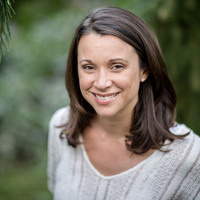 Amanda Lucidon will be in conversation with André Chung.

Lucidon’s photographs of First Lady Michelle Obama were compiled and released in the book, Chasing Light. The collection of 150 candid photographs were combined with Lucidon’s reflections on documenting the First Lady’s lauded efforts to fight childhood obesity, ensure educational options for girls around the world, and provide support to military veterans and families, brought out a new side to one of the world’s most admired public figures.

An accomplished speaker on many topics, Lucidon speaks about the intersection of politics and art. Her talks draw from her time working within the Obama administration, and show how crucial photography and visual images have been to our understanding of the world around us and to achieving political change in the ongoing fight for civil rights and social justice. She is currently a photographer, filmmaker, and public speaker based in Washington, D.C.

André Chung is an award-winning photojournalist and portrait photographer. He has created images for a range of clients, including The Washington Post, NBC News, Politico, and Apple. Twice chosen to work on The Official Inaugural Book for President Barack Obama, his work is also in the permanent collection at the Smithsonian Institute’s National Museum of African American History and Culture. A founding member of the Iris PhotoCollective, his work has always explored people of color and their relationships to each other and the world. He married the girl who encouraged him to pick up a camera, and they live in Columbia, Maryland.

A awesome night ! Amanda sharing her story was exciting.