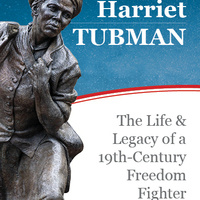 Harriet Tubman: The Life & Legacy of a 19th-Century Freedom Fighter

2022 marks the 200th anniversary of Harriet Tubman’s birth in Dorchester County on the Eastern Shore of Maryland.

Explore Tubman’s daring exploits on the Underground Railroad and discover lesser-known details of her life, including her Civil War service to the Union as a nurse and military scout.