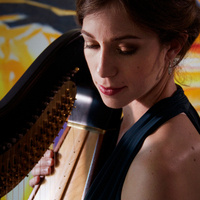 Harpist Jacqueline Pollauf presents a solo harp program, featuring several of her own arrangements from her newly released album Songs and Dreams.  A blend of classical, folk & jazz influenced music, the program will include favorites such as Over the Rainbow, You are My Sunshine and works by George Gershwin.