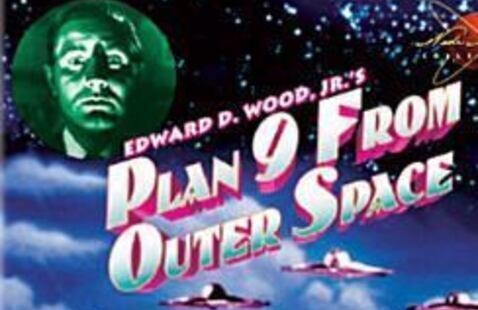 Meet the actor Conrad Brooks from Plan 9 from Outer Space after a screening of the movie.

Residents of California's San Fernando Valley are under attack by flying saucers from outer space. The aliens, led by Eros (Dudley Manlove) and his assistant, Tanna (Joanna Lee), intend to conquer the planet by resurrecting corpses in a Hollywood cemetery. The living dead -- a cape-wearing ghoul (Bela Lugosi), a vampire (Vampira) and a slow-footed cop (Tor Johnson) who was killed for his nosiness -- stalk curious humans who wander into the cemetery looking for evidence of the UFOs.