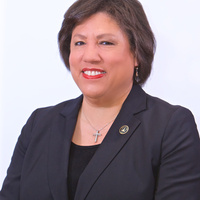 One of the topics Dana would like to talk about is the recent transaction between the Baltimore Country Club and the Roland Park Civic League  which she believes  is an equitable and transformational acquisition not just for Roland Park but for City Schools and the City of Baltimore as well.

Dana P. Moore, Esquire is Baltimore's first Chief Equity Officer. Appointed by Mayor Brandon M. Scott to the dual roles of Chief Equity Officer and Director of Baltimore’s Office of Equity and Civil Rights, Dana began serving in these roles in January 2021. Her mission is to establish frameworks within every City agency, board and commission that will assure compliance with Baltimore’s equity laws and mandates. She has a keen focus on helping all City employees carry out their vast and varied responsibilities with awareness of doing so through an equity lens. Ms. Moore is also the first woman in Baltimore’s history to serve as the City’s Acting City Solicitor, a role she assumed in March 2020. She led the City’s legal response to the pandemic, helping convert the Baltimore Convention Center into a field hospital, establishing testing sites throughout the city and negotiating terms to convert hotels into respite sites. Prior to serving as Acting City Solicitor, Moore served as Deputy City Solicitor, a role in which she also made history as the first woman to serve in that capacity. Prior to joining the City’s Law Department, Dana owned her own law firm that focused on providing legal services to small, women and minority owned businesses. She also served in an “Of Counsel” role at Baltimore-based Venable, LLP and, prior to that, was a full equity partner at Whiteford, Taylor & Preston. Dana and her husband, Ralph E. Moore, Jr., live in Baltimore’s Charles Village Neighborhood. They have two daughters, one granddaughter and three grandsons .

This indoor program has limited spaces and pre-registration is recommended. To register, please call the Adult Information Desk at the Roland Park Branch at (410-396-6059) to register.