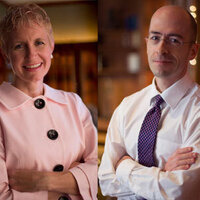 Sandy Summers and Harry Jacobs Summers, Saving Lives: Why the Media's Portrayal of Nursing Puts Us All at Risk

For millions of people worldwide, nurses are the difference between life and death, self-sufficiency and dependency, hope and despair. Saving Lives highlights the essential roles nurses play in contemporary health care and how this role is marginalized by contemporary culture. Examples drawn from television, advertising,and news coverage show how the media reinforces stereotypes that fuel the nursing shortage.