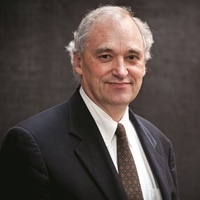 The Unwanted is the powerfully told story of a group of German Jews desperately seeking American visas to escape Nazi Germany, and an illuminating account of America's response to the refugee crisis of the 1930's and 40's.

Among these "unwanted" refugees were Jews from the village of Kippenheim, whose stories are at the heart of this book. Drawing on previously unpublished letters, diaries, and visa records, Michael Dobbs provides a vivid picture of what it was like to live among increasingly hostile neighbors, waiting for "the piece of paper with a stamp" that meant the difference between life and death. Here is the riveting narrative of a small community struggling to survive amid tumultuous events and reach a safe haven despite the odds stacked against them.

Michael Dobbs was born and educated in Britain, but is now a U.S. citizen. He was a long-time reporter for The Washington Post, covering the collapse of communism as a foreign correspondent. He is currently on the staff of the United States Holocaust Memorial Museum. His previous books include the bestselling One Minute to Midnight on the Cuban missile crisis, which was part of an acclaimed Cold War trilogy. He lives outside Washington, D.C.

The museum bookshop will have copies of the book for sale at a signing after the event.

Presented in partnership with the Jewish Museum of Maryland.

The Unwanted is part of the US Holocaust Memorial Museum's Americans and the Holocaust initiative, which includes an exhibition in DC that opened in April and an online exhibition.

The Shapiro Lecture Series is supported by a bequest from Mrs. Gloria L. Shapiro.