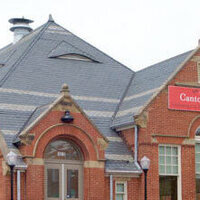 The Olmsteds and Our Patterson Park

Come explore how Patterson Park became the "Best Backyard in Baltimore." In 1827, in an effort to re-create the public walks that he had seen in Europe, William Patterson offered the mayor of Baltimore six acres of land on the hill. In 1850, the city purchased another 29 acres from Patterson’s heirs and on the evening of July 13, 1853, 20,000 citizens witnessed the park’s formal introduction as a public space.  Learn how the Olmsted brothers and Baltimore City Department of Recreation and Parks shaped this space as the City moved into the 20th and 21st centuries.

Ed Orser is Professor Emeritus of American Studies at UMBC and one of the founding faculty members of the department. His courses on “Community in American Culture” and “American Environments: Landscape and Culture”  became central parts of the American Studies curriculum and led to a variety of research projects with students and to themes that became the focus of his own scholarship. Ed is a former president of the Friends of Maryland's Olmsted Parks & Landscapes.

Myra Brosuis is Adjunct Professor at Towson University teaching Landscape Planning, Environmental Applications in the Department of Geography and Environmental Planning. She is an experienced Project Manager in Environmental Planning with a broad base of skills in urban forestry, natural resources, watershed management, and sustainable environments. An ISA certified arborist with a master's degree in Landscape Architecture, she  has a unique perspective on the impacts of the built environment on natural resources.

This program is provided by the Friends of the Canton Library and Friends of Patterson Park.