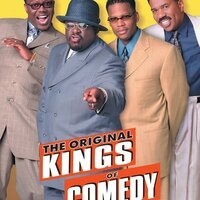 The Original Kings of Comedy

A concert film featuring four major African-American stand-up comedians. Join us for a screening of The Original Kings of Comedy, directed by Spike Lee, before he speaks in the Hackerman Foundation Best & Next Series on December 3 at 7pm.