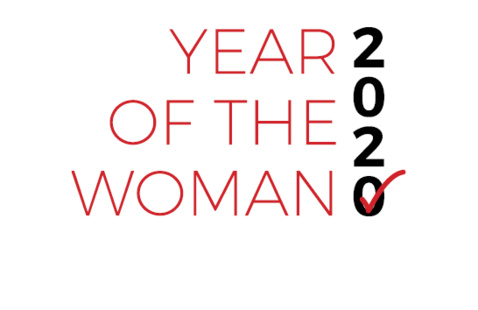 Petula Caesar is a multi-talented artist, journalist, author, and poet. Petula has been a contributing writer for Baltimore’s former alternative weekly City Paper, The Afro- American Newspapers, and Baltimore Magazine. She is also a performance poet, lecturer, and storyteller who has shared her works, wit, and wisdom at popular Baltimore signature events like Artscape, Stoop Storytelling CityLit Festival, ArtsLab,and Charm City Kitty Club. Her current book, She's Such A Bright Girl: An American Story won an Honorable Mention at the North Street Books Prize for creative non-fiction. She produced a series of three virtual live music concerts over the summer 2020 in her role as Director of Community Engagement for the Baltimore Rock Opera Society. (Over 8,000 views and counting!). In partnership with the Creative Alliance, she was also able to bring one of those shows to the Kennedy Center's Arts Across America Virtual Stage (Over 12,000 views and counting!). https://petulacaesar.com/

Laura Hazan is a librarian with the Enoch Pratt Free Library where she runs the weekly Light Street Writers Exchange. She completed her first novel, Little Boxes, while attending the “Your Novel Year” program at Arizona State University’s Piper Writing Center. She is currently seeking representation for her novel. In addition, her work has been published in Natural Bridge, Sauce Magazine and Strongly Worded Women an anthology for the #yearofpublishingwomen. In 2019, Laura was a writer-in-residence for the Highlandtown Arts District in Baltimore, MD where she resides with her son, her husband and their one-eyed dog, Boh. http://www.laurahazan.com

Born in Baltimore, Katie Long has worked as the Program Director for the Friends of Patterson Park for the past 11 years. She is a fluent Spanish-speakers and serves as the liaison to Patterson Park’s Latinx community, and also serves on the Mayor’s Hispanic Commission for Baltimore City.  She has over 15 years experience working in community development, recreation and conservation in Central America and the United States. Katie graduated from Towson University, where she was a proud member of the Women's Tennis Team, and has a master’s degree in intercultural communication from UMBC, where she was a Shriver Peaceworker Fellow. She served in the Peace Corps in Honduras, Peace Corps Response in Panama, and currently serves on the board of the National Peace Corps Association as the representative to The Americas. She has also performed with Maryland Improv Collective and the Baltimore Improv Group. She lives in Baltimore with her partner, Annie, and their dog Louie. https://www.facebook.com/katie.long.5895/ and https://www.facebook.com/isitforreel

Christine Sajecki is an independent artist practicing in Baltimore, Maryland. She mostly works in encaustic, a malleable and sculptural paint made of beeswax, pigment, damar resin, and other materials harvested from her environment. She works the surfaces with brushes, torches, gouges and blades. Sajecki brings this excavation and accretion of surface to other media and drawings through her process. Her paintings have been included in many juried and solo exhibitions throughout the United States and Europe. Her work appears in print in several albums, periodicals, and books of poetry and fiction. She has been a guest lecturer, teacher, or resident artist at several institutions and community centers nationally and internationally, including the American Visionary Art Museum, The Creative Alliance at the Patterson, Maryland Institute College of Art, Savannah College of Art and Design, and FundAHrte in Panama City, Panama. While living in Savannah, Georgia, she co-founded the Flannery O'Connor Annual Birthday Parade, and served on the Board of Directors and as President of the Flannery O'Connor Childhood Home Foundation for several years. https://www.christinesajecki.com/

By day, Cherrie is a PR consultant who works in arts and culture  and  at night she is poet Cherrie Amour, whose candid, narrative style of poetic verse inspires diverse audiences as she flows about life and love. Her spoken word is recorded on two CD projects “ilovemesomewords” and “Love’s Journey” and in her book, Free to Be Me, Poems on Love, Life and Relationships. Her work has been featured in the Paterson Literary Review, Understorey magazine, Poet's Ink and Maryland in Poetry. cherrieamour.com

This program is part of ongoing 2020 Women's Vote Centennial Initiative conversations at the Pratt Library.