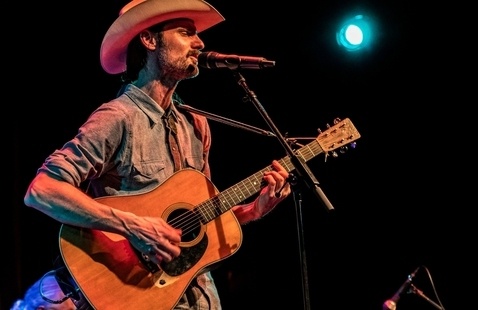 The BALTIMORE SUN has called Caleb Stine the "lynchpin of the Baltimore folk scene."  Flying just below mainstream radar, Stine keeps the music honest -- hardworking, genuine, and unafraid to tell it like it is.  To date, Caleb has released over ten albums, scored music for films, acted Off-Broadway, and played guitar with Vieux Farke Toure.  Catch a live show and you'll leave happier.

The performance will also be broadcasted on the Enoch Pratt Free Library Facebook page.