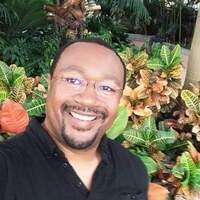 Richard H. Semper Jr. was born into a culture of Steel Pan/Steel Drums. It was introduced to him by his father Richard H. Semper Sr. who is known as the Father of Steel Pan Music in Baltimore Maryland as the founder of The Trinidad and Tobago Baltimore Steel Orchestra est 1971. All of his life he has been exposed to the rich musical culture of steel pan and the Caribbean. He started playing regularly at the age of 12 and continues to perform today.

Being a Trinidadian American with strong ties to both cultures allowed his exposure and musical taste to range from reggae calypso, soca, and jazz to classical which is demonstrated in his musical selections.  His primary steel drum instrument is called the high single tenor which resembles the lead or the voice of the band. He believes that with every note and every performance, he is building awareness and promoting the steel pan as the only instrument that was invented in the 20th century and otherwise, the last known instrument that has been invented to date.

When not performing, Richard enjoys spending time with his family and giving lessons to anyone who is interested during the winter months. Richard has also begun to teach his own 12-year-old son Dean Richard Semper as he developed an interest as well. Richard enjoys the conversations with people in his travels and talking about the steel drum instrument. Often people would recall to him the first time that they have seen the instrument and recall with fond memories of their amazement of the sound. Sometimes people are seeing it for the first time as well. It is a pleasure to share a little piece of his culture and bring the Caribbean to you in the comfort of your homes.

The event will also be live-streamed on the Enoch Pratt Free Library Facebook page.