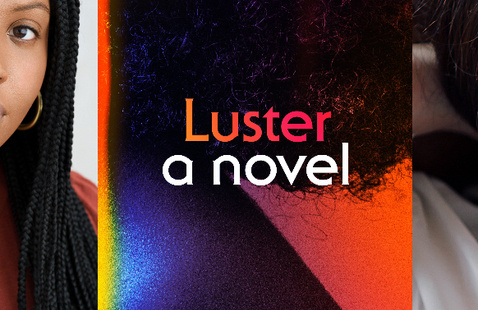 Virtual Event View stream information
Add to calendar
Add to calendar
Raven Leilani will be in conversation about her debut novel, Luster, with Lisa Taddeo.
Raven Leilani’s work has been published in Granta, McSweeney’s Quarterly Concern, Narrative, Yale Review, Conjunctions, The Cut, and New England Review, among other publications. She won Narrative’s Ninth Annual Poetry Contest and the Matt Clark Editor’s Choice Prize, as well as short fiction prizes from Bat City Review and Blue Earth Review. Luster is her first novel.
Lisa Taddeo has contributed to New York magazine, Esquire, Elle, Glamour, and many other publications. Her nonfiction has been included in the Best American Sports Writing and Best American Political Writing anthologies, and her short stories have won two Pushcart Prizes. She is the author of Three Women. She lives with her husband and daughter in New England.

Presented in partnership with The Ivy Bookshop.  Order your copy of Luster and Three Women directly from their website.

The conversation will also be broadcasted on the Enoch Pratt Free Library Facebook page.