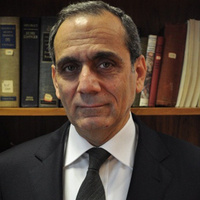 A Novelist’s Journey Across 20th Century Egypt: An Afternoon with Ambassador Tawfik

Join us for an afternoon with Ambassador Mohamad Tawfik as he discusses his work as a diplomat, novelist, and everything in between. Moderated by Karen Leggett Abouraya, Co-Chair, Baltimore Luxor Alexandria Sister City Committee.

Ambassador Mohamed Tawfik is a career diplomat and novelist who translates his own works into English.  Ambassador Tawfik was Egypt’s first Ambassador to the U.S after the revolution and took part in numerous negotiations on disarmament, labor, human rights and trade.  Educated at Cairo University and the Université de Paris, Tawfik has written several collections of short stories and three novels in Arabic. In 1997, an English selection of his shorts was published under the title The Day the Moon Fell. His novels form a trilogy, the last two books of which  – Murder in the Tower of Happiness (2007, AUC Press) and Candygirl (2012, AUC Press) – are also available in English. He generally publishes his works of fiction under the name M. M. Tawfik.