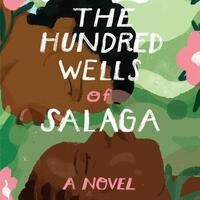 Aminah lives an idyllic life until she is brutally separated from her home and forced on a journey that transforms her from a daydreamer into a resilient woman. Wurche, the willful daughter of a chief, is desperate to play an important role in her father's court. These two women's lives converge as infighting among Wurche's people threatens the region, during the height of the slave trade at the end of the nineteenth century.

Based on true events in precolonial Ghana, The Hundred Wells of Salaga offers a remarkable view of slavery and how the scramble for Africa affected the lives of everyday people.

Born to two Ghanaian journalists, Ayesha Harruna Attah grew up in Accra and was educated Columbia University and NYU. Her writing has appeared in the New York Times Magazine, Asymptote Magazine, and the Caine Prize Writers’ 2010 Anthology. Her debut novel, Harmattan Rain, was nominated for the Commonwealth Writers’ Prize in 2010. Ayesha was awarded the 2016 Miles Morland Foundation Scholarship for non-fiction and she currently lives in Senegal.