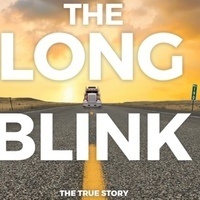 Brian Kuebler will be in conversation with Ed Slattery.

The Long Blink is a narrative nonfiction book by Emmy Award-winning journalist, Brian Kuebler, who exposes the staggering cost of the American trucking industry’s rising crash rate through the intimate struggle of Ed Slattery, who is left to piece his family back together after a trucker fell asleep at the wheel and killed his wife and maimed his son. From the historic, public settlement with the trucking company and a bizarre confrontation with its driver to one father’s ongoing and, more recently, frustrating fight on Capitol Hill for safer roads, the Slattery’s story is a revealing, emotional look at the rapidly growing danger we all face from the passing lane each and every day.

Brian Kuebler is an award winning investigative journalist for WMAR-TV in Baltimore, Maryland. Kuebler has been a television reporter for 18 years. He has written, published, and broadcast thousands of stories in his career and has risen to become a lead investigative reporter in one of the nation’s major media markets. Kuebler has won three Edward R. Murrow Awards.