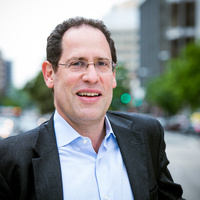 Writers LIVE! Bruce Katz, The New Localism: How Cities Can Thrive in the Age of Populism

In their new book, The New Localism, urban experts Bruce Katz and Jeremy Nowak reveal where the real power to create change lies and how it can be used to address our most serious social, economic, and environmental challenges.

Bruce Katz is the Founding Director of the Nowak Metro Finance Lab at Drexel University in Philadelphia. Previously he served as inaugural Centennial Scholar at Brookings Institution and as vice president and director of Brooking’s Metropolitan Policy Program for 20 years. He is a member of the RSA City Growth Commission in the United Kingdom and a Visiting Professor in Practice at London School of Economics. Katz previously served as chief of staff to the secretary of Housing and Urban Development and staff director of the Senate Subcommittee on Housing and Urban Affairs. Katz co-led the Obama administration’s housing and urban transition team. He is coauthor of The Metropolitan Revolution and The New Localism: How Cities Can Thrive in the Age of Populism, editor or coeditor of several books on urban and metropolitan issues, and a frequent media commentator.

Free, no registration required. Seating is first come, first serve. Please note that marking interest does not reserve a seat. Parking is free on Park Avenue and Cathedral Street after 6pm. Parking is $5 in the Franklin Street Garage after 5pm.