Writers LIVE! Clifford Thompson, What It Is: Race, Family, and One Thinking Black Man’s Blues 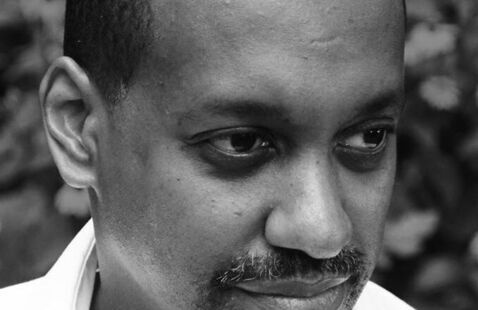 Clifford Thompson will be in conversation with Abdul Ali,  author of Trouble Sleeping.

In What It Is, Clifford Thompson turns for guidance to the wisdom of writers he most admires – James Baldwin, Albert Murray, and Joan Didion. Through interviews with a varied group of Americans, ranging from a retired California highway patrolman who supported Trump, a community service director in the Bronx, to the founder of the National African American Gun Association, Thompson employs the observational reporting style of Joan Didion, to share sharply divergent opinions about what is transpiring in the country while trying to find his own answers –conclusions based not on conventional wisdom or on what he would like to believe, but on what he sees. Thompson weaves reportage with his own heart-wrenching testimony giving voice to the duality of his experience as a black man. Here, he explores the war between the values he has always held and the reality with which he is confronted as a person of color in twenty-first-century America.

Clifford Thompson’s work has appeared in publications including The Best American Essays 2018, The Washington Post, The Wall Street Journal, The Threepenny Review, and The Village Voice. He is the recipient of a Whiting Writers' Award for nonfiction and teaches at New York University, Sarah Lawrence College, and the Bennington Writing Seminars. He lives in Brooklyn, NY.

Abdul Ali is a writer and literary activist. He is currently program coordinator of an Andrew Mellon grant for a major humanities initiative at the Community College of Baltimore County. Trouble Sleeping is his debut collection of poems and winner of the 2014 New Issues Poetry Prize.

Free, no registration required. Seating is first come, first serve. Please note that marking interest does not reserve a seat. Parking is free on Park Avenue and Cathedral Street after 6pm. Parking is $5 in the Franklin Street Garage after 5pm.