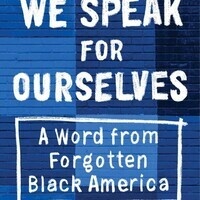 Writers LIVE: D. Watkins, We Speak for Ourselves: A Word from Forgotten Black America

Built upon Watkins's own experiences, We Speak for Ourselves eases us into the bigger conversation about race and the various issues affecting poor black neighborhoods in America. Unapologetic and eye-opening, We Speak for Ourselves identifies and addresses a range of issues affecting these low-income communities—such as the trouble with misrepresentation and why we need more than one black voice—and sheds light on the harsh realities of daily life. Additionally, Watkins examines various crucial activist movements, including the Civil Rights Movement, and asks what it means to be a model activist in today’s world.

D. Watkins is editor-at-large for Salon. He’s also a college professor at the University of Baltimore and founder of the BMORE Writers Project. His work has been published in The New York Times, Guardian, Rolling Stone, and other publications. Watkins is the author of The Cook Up: A Crack Rock Memoir and The Beast Side: Living (and Dying) While Black in America. He lives in East Baltimore.