An Evening with David Brooks and D. Watkins 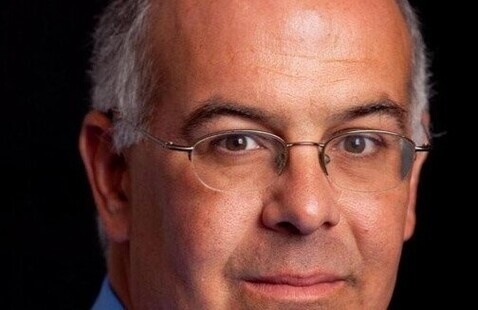 Weave, Thread, and Enoch Pratt Free Library are partnering to host an interactive conversation that will challenge participants to reimagine Baltimore as the protagonist in an upcoming novel.  David Brooks and D. Watkins will guide a discussion that asks attendees to reflect on the city’s traits, talents, and traumas in order to draw conclusions about how we, as a community, can come together and strengthen connections in order to improve our heroine's future.

David Brooks is an Op-Ed columnist for The New York Times, a position he began in September 2003, as well as the Executive Director of Weave: The Social Fabric Project at the Aspen Institute. He is a commentator on “PBS NewsHour,” NPR’s “All Things Considered,” and NBC’s “Meet the Press.” Brooks is the author of Bobos in Paradise: The New Upper Class and How They Got There and The Social Animal: The Hidden Sources of Love, Character, and Achievement. In April 2015, he came out with his fourth book, The Road to Character, which was a No. 1 New York Times best-seller. He is a member of the American Academy of Arts and Sciences.

D. Watkins is editor-at-large for Salon. He’s also a college professor at the University of Baltimore and founder of the BMORE Writers Project. His work has been published in The New York Times, The Guardian, Rolling Stone, and other publications. Watkins is the author of The Cook Up: A Crack Rock Memoir and The Beast Side: Living (and Dying) While Black in America. He lives in East Baltimore.

Weave: The Social Fabric Project was founded in 2018 by New York Times Columnist David Brooks and The Aspen Institute with the idea that social fragmentation, social isolation, polarization and division are the core problems in America today. The root cause of these issues is hyper-individualism – a life that prioritizes personal success and achievement above all else. Fortunately, in communities across the country, Weavers are addressing these challenges by placing deep relationships and strong communities at the center. Weave’s mission is to spread their values, to help Weavers come together and to illuminate their example so that more people will embrace a Weaving way of life.

Weave seeks to shift American culture towards relational values, habits and norms. We have three strategies for promoting and accelerating a relational way of life: 1) Define the Weaver way of life, 2) Connect & Empower Weavers, and 3) Spread the Weaver Message.

Thread is a Baltimore-based non-profit that was founded in 2004 by Sarah and Ryan Hemmminger. Thread harnesses the power of relationships to create a new social fabric of diverse individuals deeply engaged with young people facing the most significant opportunity and achievement gaps. The Thread community is committed to ending social isolation and building a more equitable culture in which everyone thrives.

This was outstanding---it was relaxed, truly interactive and inspiring.

I just made it for the very end, but I really appreciated the library staff who took the time to follow-up on my questions about the schedule, and I really enjoyed the feeling of comradery and excitement that I felt when I snuck in at the end. Excited for more events like this, and to follow-up on the work started there!

It was inspiring. Also the participation of the attendees reflected the attitudes and concerns i have observed since moving here (by choice) almost three years ago. Baltimoreans are friendly, kind, helpful. We want our neighbors to be safe and have community services (better schools, transportation, neighborhood reclamation).
Modt of all we care about the large number of children who have substandard schools and dysfunctional families.
Baltimore is a city of unrecognized jewels, peopled by artists, poets, writers, musicians of all genres, and community changing programs like Thread and OrchKids. Why do we never see recognition and kudos directed to the enormous good in this remarkable city. To paraphrase D. Watkins, we must retain our resiliency and overcome the naysayers.,