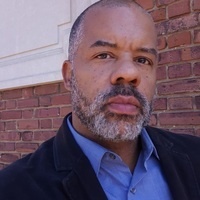 Writers Live: David Taft Terry, The Struggle and the Urban South: Confronting Jim Crow in Baltimore before the Movement

Baltimore, one of the South’s largest cities, was a crucible of segregationist laws and practices. Through the example of Baltimore, Maryland, David Taft Terry explores the historical importance of African American resistance to Jim Crow laws in the South’s largest cities. Terry also  adds to our understanding of the underexplored historical period of the civil rights movement, prior to the 1960s. Along the way, African Americans worked to define equality for themselves and to gain the required power to demand it. They forged the protest tradition of an enduring black struggle for equality in the urban South.  By the 1960s that struggle had inspired a national civil rights movement.

David Taft Terry is an assistant professor of history at Morgan State University.

Copies of the book will be available for purchase after the program.