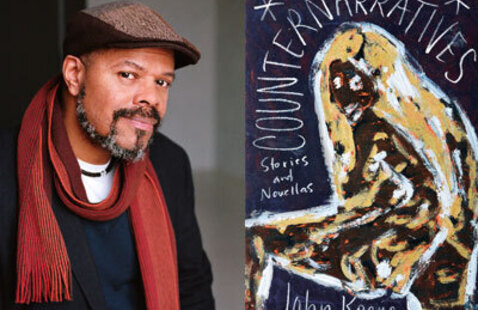 Ranging from the 17th century to the present and crossing multiple continents, Counternarratives' novellas and stories draw upon memoirs, newspaper accounts, detective stories, interrogation transcripts, and speculative fiction to create new and strange perspectives on our past and present.

In "Rivers," a free Jim meets up decades later with his former raftmate Huckleberry Finn. "An Outtake" chronicles an escaped slave's fate in the American Revolution. "On Brazil, or Denouement" burrows deep into slavery and sorcery in early colonial South America, and in "Blues" the great poets Langston Hughes and Xavier Villaurrutia meet in Depression-era New York and share more than secrets.

John Keene is a former member of the Dark Room Writers Collective, a graduate fellow of Cave Canem, and the recipient of many awards and fellowships, including a Whiting Foundation Prize for fiction. He is associate professor of African American and African Studies at Rutgers University. Keene is the author of the award-winning novel Annotations.