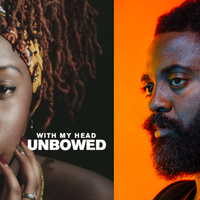 Lady Brion will be in conversation with Reginald Dwayne Betts about his new poetry collection, Felon. The event is co-presented by OSI-Baltimore.

A poet, essayist and national spokesperson for the Campaign for Youth Justice, Reginald Dwayne Betts writes and lectures about the impact of mass incarceration on American society. He is the author of three collections of poetry, Felon, Bastards of the Reagan Era, and Shahid Reads His Own Palm, as well as a memoir, A Question of Freedom. A graduate of Yale Law School, he lives in New Haven, Connecticut, with his wife and their two sons.

Lady Brion is an international spoken word artist, activist, and 2015 OSI-Baltimore Community Fellow. She is a national poetry slam champion and the author of With My Head Unbowed. She received a bachelor's in communication from Howard University and a MFA in creative writing from University of Baltimore. She serves as a board member of DewMore Baltimore, the cultural ambassador for Leaders of a Beautiful Struggle and the founder of the Pennsylvania Ave Black Arts and Entertainment District.

The Ivy Bookshop will have copies of the authors books for sale at a book signing following the program.