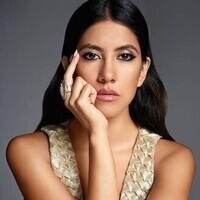 NOTE: this event will be rescheduled in the future, please check prattlibrary.org for more information.

This FREE event will be presented in-person and registration is required. Registration closes June 21 at 12pm. Please check back for event registration.

Stephanie Beatriz will be in conversation about her life and work.

A natural talent with a striking presence, Stephanie Beatriz continues to skillfully navigate the entertainment industry with an array of versatile and complex roles defining her body of work. Most recently, Beatriz starred in Jon M. Chu’s film adaptation of Lin-Manuel Miranda’s play, In The Heights and Disney’s Oscar-nominated animated hit, Encanto. Beatriz also starred as Detective Rosa Diaz in the beloved comedy Brooklyn Nine-Nine, which was brought back by popular demand on NBC. As a bisexual Latina, Beatriz is known for her outspoken advocacy for LGBTQ+ rights and queer representation in the entertainment industry.