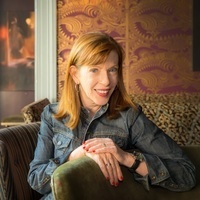 On the morning of April 29, 1986, a fire alarm sounded in the Los Angeles Public Library. Thanks to long-term planning and protocols, all patrons and employees were evacuated within five minutes -- but the blaze continued, and seven hours later, despite the tireless efforts of firefighters, staff, and volunteers, the library had been gutted by the fire and 400,000 books had been lost. Immediately, investigators descended on the scene, determined to find the culprit, but to no avail. Over thirty years later, the mystery remains: who would set fire to a library -- and why?

With her characteristic humor, insight, compassion, and knack for deep research, award-winning journalist and New York Times bestselling author Susan Orlean returns with The Library Book, an investigation of the legendary Central Library Fire, and the larger, crucial role that libraries play in our lives. To truly understand what happens behind the stacks, Orlean visits the different departments of the LAPL, encountering a colorful cast of employees and patrons, and experiencing alongside them both the victories and struggles that they face in the modern age. She also studies the evolution of libraries across the country and the world, burns a copy of a book herself, and tries to track down Harry Peak, the blond-haired actor long suspected of setting fire to  the Central Library over thirty years ago. Along the way, she learns that these buildings provide much more than just books -- and that we need them now more than ever.

Susan Orlean has been a staff writer at The New Yorker since 1992. She is the author of seven books, including Rin Tin Tin, Saturday Night, and The Orchid Thief, which was made into the Academy Award–winning film “Adaptation.” She lives with her family and her animals in Los Angeles and upstate New York.

Presented in partnership with the Johns Hopkins University Sheridan Libraries.