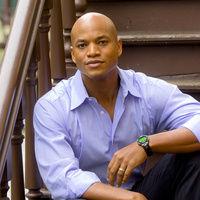 When Freddie Gray was arrested for possessing an "illegal knife" in April 2015, he was, by eyewitness accounts that video evidence later confirmed, treated "roughly" as police loaded him into a vehicle. By the end of his trip in the police van, Gray was in a coma from which he would never recover. In the wake of a long history of economic inequality and racial injustice in Baltimore, this killing felt like a final straw—it led to a week of protests and then five days described alternately as a riot or an uprising that set the entire city on edge, and caught the nation's attention.

Five Days is a kaleidoscopic account of five days of a city on the edge, told through eight characters on the front lines. Wes Moore—along with journalist Erica Green—tells the story of the Baltimore uprising both through his own observations and through the eyes of other Baltimoreans: Partee, a conflicted black captain of the Baltimore Police Department; Jenny, a young white public defender who’s drawn into the violent center of the uprising herself; Tawanda, a young black woman who’d spent a lonely year protesting the killing of her own brother by police; and John Angelos, scion of the city’s most powerful family and executive vice president of the Baltimore Orioles, who had to make choices of conscience he’d never before confronted.

Wes Moore is the CEO of Robin Hood, one of the largest antipoverty nonprofits in the country. He is a bestselling author, a combat veteran, and a social entrepreneur. His first book, The Other Wes Moore, was a New York Times and Wall Street Journal bestseller; his second book, The Work, was also a bestseller and featured in Oprah's SuperSoul Sunday. He lives in his hometown of Baltimore with his wife and two children.

Book sales provided by the Ivy Bookshop. Visit their website to purchase your copy of Five Days.

The Zoom room has capacity for 1,000 attendees. The event will also be streamed live on the Enoch Pratt Free Library's Facebook page, which has unlimited attendees.

1. You promoted this saying Wes Moore would be speaking about his new book. Instead, you presented a panel of ten people (though Heidi Daniel left after her introduction). There was no information as to who these people were and why there were participating.
2. There was no agenda so participants had no idea what would occur. Consequently, instead of a one-hour event, it lasted more than 90 minutes and there was no time for Q & A with the attending audience. If you’re not going to have a Q & A, why was it promoted and why was there a link for it?
3. Since the topic was not what was promoted (Wes Moore), attendees had to figure out on their own what each person was going to discuss. We didn’t know what was happening.
4. You assumed the audience would know the people on the panel. With all these different voices, it would have been nice for each one to introduce him- or her-self and explain why there were there and how they were involved with Moore and his book. Then each could speak to a single topic. The only time this happened was at the end when they were requested to present “one big idea” to wrap up the event. Of course, one person decided that the rules did not apply to him, so he had a lot more than one idea (five or six to be exact) and would have kept going for another hour.
5. If Wes Moore spoke for a total of ten minutes, I’d be surprised. I wanted to hear from him. That’s why I signed up. That’s what you promoted. That was the draw. And why wasn’t he the first speaker after Daniel to provide an overview or context?

In other words, I was disappointed. Although I am not sorry I attended, part of the time I was searching online to find out who these people were and toggling back and forth with the presentation, so I missed content.

Just because these events are presented online, you cannot ignore what makes a good presentation or event. I’ve attended several events in the past, some with packed audiences, some with relatively few people, but the topic/subject was always clearly defined and I knew what to expect.

And that’s the last point: audience expectations. Given the list above, my expectations were not met – at all. I love the Enoch Pratt Library, but I didn’t on Sunday.

I really loved this presentation. I grew up in Baltimore but now live on the west coast. It was wonderful to hear about Wes Moore's new book and to catch up on what is happening in terms of racial justice work.

Thoughtful dialogue. Focus was looking forward. Having leadership with a vision of what communities should look like. Being a listener first and then implementing.

I thought it went well; there were too many panelists and I would have liked to hear more from Wes Moore

Loved it. Each of the presenters added value to the conversation. Mr. Moore's input was profound and totally on point.

It was awesome - I learned a lot! Now, what's next? How I can help? I love teaching and mentoring the next generation (and I believe I can gather others) - just need a platform/forum to teach and share and learn from each other. Let's do...

This was an enlightening conversation, and a lot of information was shared (some of which I no knowledge of). This is my first virtual experience with the library and looking forward to others. I am planning to read Mr. Moores’ book. Will this presentation be able to view later?

Lively and well facilitated. Thank you.