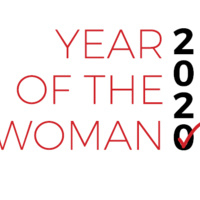 Year of the Woman Exhibit

What was Maryland’s role in the Suffrage Movement? Who were the African American activists at the heart of the struggle? What were some of the strategies of the movement? Who supported "votes for women" and collaborated with the abolitionist movement? And what were the fractures in the movement? The 19th Amendment gave the right to vote, but when did the suffrage movement begin?

The Central Library’s "Year of the Woman" exhibit dives deep into these questions, but 2020 means more than just the 100th anniversary of the 19th Amendment, which gave women the right to vote. The Pratt's exhibit spans two floors and highlights exemplary women from all backgrounds and walks of life.